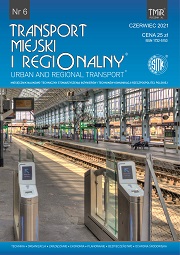 Ewelina Dułak, Agnieszka Juchum, Joanna Wachnicka – Problems endangering the safety of children and their parents in road traffic while traveling to school on the example of the Przymorze Małe in Gdańsk

Abstract: For many years, Polish night trains have played a very important role among rail connections in the economic sector. Dozens of night trains per day was running on Polish railways, offering journeys between distant regions provided in sleeping carriages. Along with infrastructure and rolling stock investments in the second decade of the 21st century, the increased efficiency of day trains resulted with the liquidation of many night connections. Faster day trains have reduced the night offer to the minimum necessary with seasonal connections to seaside and mountain resorts. Still, many regions of Poland are inaccessible peripheries from which travel to others takes many hours during the day. Domestic night connections could therefore play a very important role in connecting those regions with other agglomerations in the country. Through the evening and morning passenger flows, the peripheral regions would be simultaneously connected with capitals of the region and they would also gain direct connections with areas located on the another side of the country. The effect of a long journey would be mitigated by traveling during the night, and the peripheral region itself, often a tourist destination itself, would become more accessible and therefore more attractive. The aim of this article is to present possibilities of developing domestic night rail connections in Poland by extending their area of operation and servicing the neglected peripheral regions. As a result, those connections could stimulate development of peripheries as well as maintain the economic justification for their further inclusion in the timetable.

Abstract:  This article describes studies conducted in order to diagnose the main problems negatively affecting road safety in the area of ​​Przymorze Małe in Gdańsk. There were ideas developed to improve the safety of pedestrians, cyclists and drivers of motor vehicles, with particular emphasis on the needs of vulnerable road users, especially children. The first part presents information on the current situation of the analyzed area, educational institutions, as well as streets and bicycle paths. The article describes the results of the surveys on the safety of children on the way to school or kindergarten. The instantaneous speed near schools was also measured and the impact of vehicles speed on the safety of students was examined. The article also presents the results of audits of pedestrian crossings in the analyzed area, and on their basis, the deficiencies of the crossings had been identified and ideas for their improvement were proposed.  Based on the conducted analyzes and measurements the problems negatively affecting the level of road safety in the area were identified. In the final part of the article ideas for improving road safety in the Przymorze Małe have been recommended for implementation.

Abstract: Agglomeration rail systems play an important role in shaping the transportation systems of cities and regions. They are a great reinforcement of the transport offer, and the used means of rail transport, due to their technical parameters, they provide transport of a greater number of passengers than standard urban transport. The article characterizes the currently operating systems according to three groups of provinces: South Poland – Dolnośląskie, Małopolskie, Śląskie voivodships; Central Poland – Łódzkie, Mazowieckie, Wielkopolskie voivoships; North Poland – Kujawsko-Pomorskie, Pomorskie voivoships. The final part of the article presents three examples of systems that are in the sphere of advanced plans and concepts or are still operating to an incomplete extent (Zachodniopomorskie, Śląskie and Podkarpackie voivodships) 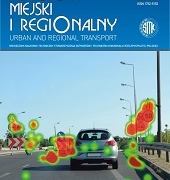 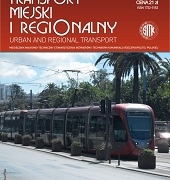