Anna Mikulska, Wiesław Starowicz – Method for determining the annual number of passengers in public transport in Cracow based on the number of tickets sold

Abstract: The article presents cyclist safety with reference to other road users. Based on literature review, main factors contributing cycle-vehicle crashes have been identified, which are: vehicle speed, lack of visibility driver/cyclist, non-compliance with road marking and signing, overtaking cyclist. Accidents data from years 2007-2014 was used to describe cyclist safety in the Małopolska region. Analysis have been conducted based on number of cyclists crashes, injury and fatalities. Significant decrease of cyclist safety in 2014 was observed. Main types and circumstances of cyclist crashes were also indicated. Side crashes which are caused by failure to yield the right of way are the most frequent. It was shown that cyclist crashes occur mainly on tangent in built-up areas. The article also presents impact of selected infrastructural treatment on cyclist safety.

Abstract: The aim of this article is to determine the impact of traffic noise on urban settlements which are located in low distance to the road. The article presents a comparison of studies on noise propagation on two test sites in Cracow. The main subject of these studies was to determine the noise influence on multi-story buildings of selected housing estates, located in low distance from the noise source. Analyses have been based on initial measurements on test sites and also on simulation calculations which were carried out in „SoundPLAN 7.4” software. Assessment of the noise impact was performed using the surfaces of the buildings walls, which were related to the area of apartments exposed to the noise. This method made possible to assess the noise impact on the loss of value of the property using the adopted NSDI indicator (Noise Sensitivity Depreciation Index). Additionally the overview of the „MPZP” cover in Poland for selected cities has been made. Also analysis of the location of current investments on the „MPZP” in Cracow has been conducted and presented.

Influence of surrounding of the Agglomeration Railway stops on passengers’ potential

Abstract: The article describes a model of freight traffic which was prepared under the Warsaw Traffic Survey 2015. Assumptions adopted at the conceptual stage have been presented and general model and its implementation in the environment PTV VISUM have been described. Network model and demand model were characterized in details. Issues of model calibration have been presented as well. Presented model is a fully featured tool for modelling the traffic of vehicles in the area of ​​Warsaw agglomeration. In addition, thanks to the cooperation with model of passenger traffic in the individual and public transport, as well as a model of bicycles, presented model is an integral part of a comprehensive tool for modelling, analysis and evaluation of mobility behaviour of inhabitants of Warsaw agglomeration, as well as operating businesses located in this area.

Abstract: The article presents the impact of the three changes concepts in the organization of traffic within the first ring road in Cracow on the trams traffic. Concepts of: one-way traffic zones, shared space zone and merger concept of one-way traffic with the shared space have been analysed. Each concept has been described in detail in the article. Based on the collected data simulation models have been prepared which allow  assessment of each concept. Method of calibration has been described in the article as well as detailed description of  all models has been presented.  Results have been collected for both: trams and buses as well as for the morning and afternoon hours. They have been presented in the form of graphs and tables to enable easier comparison.

Abstract:  Cargo bike is an ecological and economical mean of transport. It can be a solution for problems such as air pollution, transport congestion or excessive noise and vibration occurring in the delivery zones  in urban agglomerations. The article describes evolution of cycling fashion. It shows the differences between Poland and the Netherlands in terms of the length of bicycle paths and the number of users, as a factors that reflect the attitude of the public, relating to the cycle logistics. Basic types of cargo bikes were characterized with regard to their potential applications in the supply chain. The basic sectors of the use of cargo bikes and advantages flowing from their application in particular sectors were indicated. The most important advantages of cargo bikes: saving footprint relative to the vans, improvement of the tourist attractions of the historic city centres, improving supply, reduction of noise, vibration and emissions of harmful gases. The problem of the first and last mile logistics was discussed, as two of the most costly stages of transport. The article also describes some solutions based on cycle logistics, used by the transport companies in Europe. 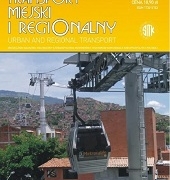