Adam Sikora, Daniel Wojtkowiak, Filip Odważny – An example of use of the FlexSim simulation program to improve warehouse alteration

Abstract: The European Union directives on road transport directly affect the range of regulations on selected aspects of road traffic in Poland. Proposed amendment of the provisions referring to the registration of vehicles providing permission of registration of right hand drive vehicles without any modifications which was required  so far, generates consequences both:  of economical perspective as well as in the aspect of road safety. To answer the question whether right hand drive vehicles operating in the right hand traffic affect the safety of the traffic participants and what is the level of this impact, an empirical study has been conducted using modern simulation tools. The results indicated the impact on road users safety of the proposed changes, and their level proved to be significantly higher than other amendments, such as reduction of the speed in urban area up to 50 km/h.

Abstract: During recent years companies have had to deal with growing customers requirements according to efficiency of their enterprises. Those requirements lead to reducing losses and costs across the process and changes in management philosophy. All the changes are implemented to gain competitive advantage and to keep sales at the same, or even higher, level. Each company aims at being profitable. This is the reason why companies are trying to increase their performance. To reach this goal, firms use different tools, which are helpful in process optimization. One kind of such tools is computer simulation,  a very efficient software according to studying existing processes or developing new ones. Simulation software allows testing possible solutions of problems and choosing the best one. In this paper, two examples of application of the FlexSim simulation software, are shown. The first project, created on the base of the Beiersdorf Manufacturing Poznań Sp. z o.o., pertained to warehouse alteration. Built model allowed to analyse precisely actual situation and let designers to find the best alternative. The aim of the second project was to find bottlenecks of the process and check if there are leading to major deliveries shortages in assembly hall. In this case, whole process was built and different simulations helped finding the answers of above questions.

Analysis of preferences and satisfaction of public transport passengers in Kielce

Abstract: Qualityof functioning of public transport in cities grows in importance in respect to growing requirements of passengers which expectations and satisfaction need to be fulfilled. Services should be provided with attractiveness which makes passengers to resign from use of their private cars. The article is aimed at evaluation of preferences and level of appraisal of transport quality’s features of public transport passengers in Kielce (operated by the Municipal Transport Company according to the contract by Municipal Transport Board in Kielce). The article is also aimed to determine quality gap and general level of satisfaction of respondents who answered the poll. This evaluation was based on the interview, taking under consideration passengers’ extreme opinions perfectly complementing results. Evaluation on quality of public transport features in Kielce have been compared with results of the year of 2005. Data has been completed from 496 passengers of public transport in Kielce. In the last part of the article quality of transport has been discussed based on the so called extreme opinions.

Analysis of functioning of urban bike rental system in Cracow

Abstract: Recently, increasing use of bicycle, as a mean of transport in everyday travels has been observed. Advantages of cycling have been appreciated by different age groups of users and made a lot of people decide to choose this alterative mean of transport. With development of cycling, importance of self-service urban bike rentals has also increased. Thanks them, anyone willing to travel by bike, has this opportunity usually after registration in the system and subscription.  City bike is a very good solution, especially for those who cannot afford their own equipment. Moreover, growing popularity of the system may has a significant impact on improving the environment and reduction of the congestion. The article is aimed at analysis of self-service bike rental system in Krakow, opened in 2008 as a first one in Poland  which launched trend towards city bikes. The first part of the article is devoted to the advantages of traveling by bike and Cracow cycling policy. Moreover, the operation of self-service urban bike rental – the KMK Bike with the information about its development has been presented. Additionally, Cracow system has been compared with urban rentals of  several Polish cities. In the next part of the article, the analysis on rental operation characteristics in the season of 2014 based on the data of the Municipal Company of Infrastructure and Transport (ZIKiT) which is bike rental service provider has been carried out. The analysis includes characteristics such as: number of bike users per months, week days and hours, with reference to  stations of rental origin and destination and rental durations. In addition, the most often used routes by the users of KMK Bike have been indicated. In the summary the growing importance of urban bike rentals and necessity for its further development in the nearest future has been pointed out. 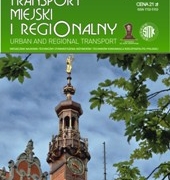