Joanna Baran, Kamil Palica – Organization  and the quality of public transport services in Turkey on the example the Gaziantep province

Abstract:  The influence of EU funds on the development of urban transport in Lublin has been considerable. Due to the EU funds the City of Lublin has gained a lot, for instance, the quality of the transport services provided by  the urban public transport has been raised. The Lublin City Commune received funds from two EU programmes: i.e. the Lubelskie Regional Operational Programme for the years 2007 – 2013 and the Operational Programme ‘Development of Eastern Poland’ for the years 2007 – 2013. Under both programmes the biggest investments in Lublin have been made in the fleet (purchase of new trolleybus and bus vehicles), as well as in the infrastructure  (trolleybus traction, new bus-stop posts, bus shelters, screens, the repair and construction of bay bus stops). Investment in the bus-stop infrastructure have been beneficial for both passengers and drivers and has increased attractiveness of Lublin. The article outlines the benefits  for the Lublin City Commune from the participation in the above-mentioned programmes, and also  describes the project in which the Municipal Transport Company – Lublin Sp. z o.o., participated. The Lublin City Commune placed an emphasis first of all on the implementation of the dynamic passenger information system, which operates in every big city in Poland. The displayed information concerning bus lines and their arrivals and departures from the stop  are very important for passengers because they make travelling by  public transport more convenient. Currently the city is applying for  additional EU funds for the development of the dynamic passenger information system. The City also plans to invest in the ecological transport: low – emission buses and in the further expansion of trolleybus transport functioning only in three cities in Poland. Urban transport in Lublin has been changed significantly in the last years and now it may compete with other large systems in Poland.

Introduction of the “smart city” approach in the Lviv transport system

Abstract: The article is a polemic with the A. Ciastoń-Ciulkin statement referring to the definition of the concept of the “culture of mobility” presented in the article: “New culture of mobility – substance and definition” published in the “Urban and Regional Transport”, 2016, No 1, p.3-9. The article refers also to the definition of this concept proposed by R. Janecki: “New culture of mobility as a direction for development of urban and regional transport in the Silesian voivodship”, published in the Journal of Economics and Management 143 (2013) by the University of Economics in Katowice. 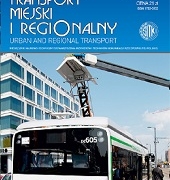 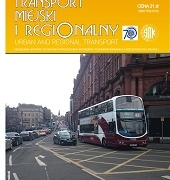