Abstract: In the planning process of improvements for public transport buses, precise determination of bus running times is very important. It often happens that too optimistic values of buses’ speeds are assumed, which are  very difficult to achieve after implementation of the planned solutions. This paper focuses on the sections with separated bus lanes, working with a moderate impact traffic light and the movement of non-public transport vehicles. On these sections the time losses of buses are relatively small. There was discussed the variability of bus running times, based on measurements’ results carried out on specially selected sections of “fast” bus lanes in Krakow and Warsaw. During these measurements the GPS technology was used, allowing to obtain detailed profiles bus speeds and precise determination of stoppings. Also the dependence of average running speed (and stop-to-stop speed) from the length of stop-to-stop section was analyzed. One of the result of work is the group of normative speeds that can be used in modeling of transport networks with sections with separate bus lanes. These values can also be used as reference points for determining the bus time losses on the sections with separated bus lanes.

Abstract: Systematically decreasing number of the railways’ passengers in Poland leads to necessity to undertake researches explaining its reasons. The article presents results of investigations concerning the evaluation of railway connections quality made by passengers of TLK PKP InterCity S.A. trains connecting Kraków and Częstochowa.  Surveys were made by method of questionnaires distributed among passengers during the trip. Five-degree estimation scale of the satisfaction on the quality of transport services has been proposed.  Travellers filled in 385 query-sheets in the 2nd class train’s vehicles and 98 in 1st class. Questionnaire consisted of parts: opinions of different aspects connected with quality of the journey by train, passengers’ postulates relating to factors which could improve quality of the journey and data identifying the status of examined passenger.   A few dozen of features affecting the comfort of trip and perception of train as a convenient mean of communication were examined, including seldom presented results relating to quality of toilets. Also features which need to be improved to increase the attractiveness of this type of connections have been examined. Results show that: 1) passengers perceive relatively low quality of services and 2) similar results of surveys in 1st and 2nd class vehicles.

Abstract: Vientiane is a medium size city of Southeast Asia, which has to challenge completely new problem of traffic congestion. The traffic congestion is a consequence of rapid growth of motorized traffic and motorization rate. The number of light vehicles doubled in last 4 years and the traffic on the streets of Vientiane has almost lineal correlation with numbers of registered light vehicles.

Vientiane, as well as many other Asian low developed country cities, is facing a choice, which will determine future shape of the urban transport system and the urban fabric. Vehicle number growth will have negative impact on traffic conditions. City authorities as well as citizens start to see the problem and intend to solve it. The biggest obstacles are lack of funding and low human resources capacity.

In the article author describes basic transport system parameters; presents trends, characteristics and socio –cultural background of Vientiane, the capital of Laos. The wide description of traffic problems, together with the attempt of identification of their causes, helps in the understanding of local conditions.

Article is based on data collected by author during the pilot project funded by ADB, which aims to improve urban transport system of Vientiane.

Abstract: The bus shelters operating in public transport in Poland are the topic of the paper. The legal issues related to the construction and examples of modern objects, which recently have been built in our country are discussed. The basic information on the most commonly used types, forms, structure, materials and equipment of bus shelters  is presented. Current legislation regarding the construction and use of such building objects which are included in the Building Law in Poland are shown. The legislation that qualifies the bus shelters as objects whose construction does not require a building permit, but only notification, are given and discussed. The consequences of this state related to the lack of precise requirement to perform and present the static-strength calculations at the stage of their submission to the relevant public authority before the start of investment are also discussed. Against this background, the procedures used in practice during the building of the bus shelters, are shown. In the next part, the examples of modern and innovative bus shelters that have been recently built in Poland are presented. The design, material solutions, visualizations and photographs of bus shelters built in the center of Szczecin and the historical and contemporary Warsaw area are shown. With the professional approach of designers and contractors as well as application of innovative solutions for these objects, the interesting architecture and design results have been achieved, and above all, a high level of safety in use was ensured.

Dynamic processes in the electric drive system in the urban traffic

Abstract: Reducing CO2 emissions by 80% at year 2050 will require a 95% decarbonisation of road transport sector. Achieving this goal is possible by adequate funding policies to increase  use of electric vehicles and implementation of pilot programs of electromobility in the cities. Electric car allow differentiation of speed and load changes while moving in the city and in areas outside the city. The development of electric drive systems will achieve high efficiency of energy conversion and its transfer between different types of secondary sources of energy. This fact is very important because of the need to care for minimization of greenhouse gas emissions and adverse impact of transport on the natural environment. In the model of the drive system of an electric car is taken  into account a standard mileage rate of a car in the city, and the impact of the transmission introduced in the course of mutual induction voltage in the motor winding of a permanent magnet has been involved. The studied model incorporates the well-established structures of both electrochemical battery and electric motor combined with an energy transmission system to the band runway. Voltage and current waveforms in the system and power at the terminals of the battery supplying the electric motor have been determined. Very rapid change of current in the battery, with the forms quite similar to a short pulse has been established. Operation of the battery in these conditions can lead to very rapid energy consumption even for the damages in a short time of car use. The improvement can be achieved by connecting the supercapacitor at the terminals of the battery.

Abstract:  Following article is yet another one from a series presenting a project of increasing the number of conditional bus stops at expense of the obligatory ones within the range of Warsaw communication network. In this part we identify a city which serves as Warsaw’s benchmark when it comes to applying the system of conditional bus stops (meaning its public transportation means characteristics), as well as culture-wise.

Finally, Budapest has been decided to serve as such. The history of its bus stop system was approached briefly and its current performance was determined. Owing to information exchange held courtesy of Budapest’s Public Transport Administration (BKV), the Budapest’s requested stops system (RSS) qualities were settled, along with their advantages and disadvantages. When it comes to former, a few ones are worth mentioning: smaller fuel consumption, lower bus fleet utilization, or substantial decrease in time buses need to get from one stop to another. Major disadvantages are: more drivers’ attention needed, but mostly some difficulties with setting timetables right. In Budapest however, the latter is successfully managed. In the meantime, some estimated computation has been carried out in order to establish correct differences in values of such factors as bus fuel consumption, or average work speeds of vehicles in the cities of Warsaw and Budapest together. 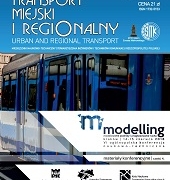 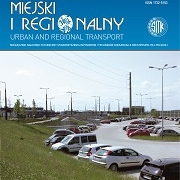