Proposals for changing of urban public transport lines in Krakow

Outline for proposal of changes in public transport lines network in Cracow, worked out by the team of researchers from the Association of Transport Engineers and Technicians, Cracow Branch  and Cracow University of Technology has been presented in the paper. It has been passed 12 years since last comprehensive changes of the network, during those years the city has been changing while public transport network has been developed. Main premises of changes have been formulated on the base of present lines’ network and analysis of transport needs of inhabitants. Repertory of main general principles that were used in developing new options of public transport network has been discussed. Special emphasis has been put on the increase of the tram importance and further reduction of transport corridors where bus and tram lines are overlapping. Focus was also put on financial limitations and, first of all, on the condition of present street’s and track’s infrastructure as well as the capacity of its elements. High points of characteristics of four network options (4 variants) have been presented which differs mainly in assumed modules of frequency. Criteria used in selection of the optimal option – important for both: passengers and administrator of the urban transport system – have been defined. The most significant results of simulation calculations resulting in selection of the variant recommended for implementation have been presented as well.  Recommendation was given to the option disposed to the sweeping increase of frequency of rides on the most important bus and tram lines. This variant offers significant shortening of journey’s time and improvement of comfort but at the expense of increase of number of changes. At the end authors present proposals of changes in the organization of the traffic and in the infrastructure which are relatively easy to implement and will contribute with further increase of efficiency of network of public urban transport lines.

Analysis of development of the tram network in Szczecin

In the paper has been presented the current status of the tram network in Szczecin as an important part of the public transportation system in the city and the agglomeration of Szczecin has been presented. The analysis of performed and planned investments in the infrastructure and rolling stock has been also presented. A The author has evaluated the possibility of increasing the share of transport carried out by the trams and conditioned it to the spatial development of the network, in accordance with the directions of spatial development of Szczecin.

The issue seems to be very attractive topical due to the dynamic changes taking place in the urban areas and the escalating effect of the transport congestion.
The article is the result of author’s participation in the research led by Czesława Christowa in the Maritime University of Szczecin, under a development project on “Research on and modeling of mode-integrated transport system in the Zachodniopomorski region with a focus on the Central European Transport Corridor North – South CETC Route 65” financed by the National Research and Development Centre.

The analysis of traffic accidents, their causes and after-effects can be significantly facilitated by using GIS and the databases of road accidents. However, the imprecise geocoding based on data collection and phase encoding can bring considerable difficulties.  The aim of this article is to identify the types of errors and their sources, as well as to provide the solutions to the problems. The four different methods used in the manual process of geocoding of road accidents include the technique of homogeneity, proportionality, free space and open road sections respectively. The study of two streets in Krakow indicates that the ZIKIT database of road accidents contains a large percentage of errors. Further analysis shows that the use of different geocoding techniques (at this number of errors) does not significantly affect the final results and the extremely dangerous areas remain unchanged. The skilful and carefully thought-out application of the techniques may result in the over- or under-estimation of specific road sections where a high number of road accidents occurs. Specifically, the technique of proportionality has proved to be the least adequate for such an analysis. Finally, it has been found out that the regions with less-developed infrastructure have a higher variety of areas of danger.

Functionality of stops of the Tramway Plus in Wrocław

The article describes the tram stops of the Tramway Plus while all its lines are operating on their regular routes – their basic characteristics, functionality and appearance. In this article problems connected with the shape of stops and platforms as well as their accessibility by disabled are presented, while the appearance of the stops will be the matter of another article, which will also refer to the specific infrastructure of the stops that affects their functionality like f.i. conditions of passenger’s waiting for the vehicle. In the present article stop’s type, location in reference to the crossing, height, length and width of the platform and accessibility barriers are investigated in order to specify the stops functionality. Some positive tendencies can be shown, f.i. domination of double stops over those for single vehicle or shorter passage to some platforms. Unfortunately, there are also many inconsistencies, such as various height of platforms, various length of neighbouring stops, the width of stops not corresponding with the amounts of passengers or serious obstacles for disabled. Those shortcomings cause that the project of the Tramway Plus cannot be acknowledged as a success.

The aim of the paper is to determine construction order of new sections of Cracow’s cycle route network . The authors created a location model based on the gravity model. Potential flows between places of residence and city centre, workplaces, secondary schools and universities were considered. Exponential function was applied as distance-decay function.  Moreover, the authors assumed that a well-planned cycle network shall fulfil two requirements: coherence and directness.
Data used in the model were reduced to centroids (population and workplaces) or their actual locations (schools, universities and student houses). Measured values of interactions were standardised and summed. As a result, general index, informing about the importance
of particular section in the whole network, was obtained.
The authors proposed an order of building the cycle paths basing on the general index value and location of a section within cycle network. The priority was given to sections, which obtained high index value and will contribute with the increase of coherence and directness of the network, as well as to short paths complementing existing network.
The presented model assumes the equal treatment of all groups of inhabitants. On the other hand, it enables prioritisation of certain group by changes of weights in the general index. 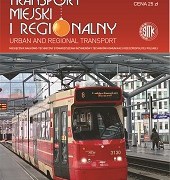 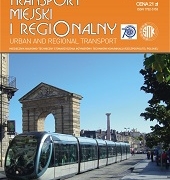