Abstract: The Kłodzko land is one of the most important tourist regions in Poland, so the public transport in this area should meet the needs of not only  its inhabitants, but also tourists. In the article the internal public transport accessibility of the Kłodzko powiat (district) was assessed, taking into account only bus connections. This is the second part of a bigger analysis (in its first part [1] the external transport accessibility of the Kłodzko land had been examined, as well as the internal accessibility  by railway). The analysis was based on a comparison of former and actual connections network and timetables. Based on that the development of bus communication in the first decades after the Second World War and afterwards has been briefly presented including the consequences of reduction of connections by companies of PKS (Polish Motor Transport) type, focusing on the influence on tourists visiting the region. In the same time emergence of private bus companies (operating mostly small buses)  has been observed. An effect of those changes is a very varied internal accessibility of the Kłodzko land – in certain relations there are many means of public transport while other are not operated at all. As a consequence many areas interesting from a tourist point of view and numerous tourist attractions are inaccessible for unmotorized tourists. Moreover, existing connections and timetables do not encourage motorized tourist to use public transport instead of a car.

Abstract: The article describes selected issues related to the walkability. It presents definitions of the walkability and main factors determining its level. To emphasize the legitimacy of implementation of the activities increasing the level of service and making walking trips more attractive the benefits of these activities are highlighted. In addition, the methodology and indicators enabling assessment of the walkability for a city, an area and the path level are presented.

Abstract:  The beginning of the second half of the 18th century was the onset of a hundred-year-long era in the development of transportation dominated by canal construction, which contributed to industrial revolution and the contemporary structure of the western world. In the sphere of material culture it was also the formative time of the modern civil engineering. In the subsequent century many constructors took the challenge and initiated the stage of railroad transport domination. At the time when Francis Egerton, the 3rd Duke of Bridgewater, together with James Brindley constructed the canal to Manchester (the Bridgewater Canal), thus unleashing a real ‘canal-mania’ in England (1761), and when the watchmaker Francois Zacharia alone overcame the concession problems and  embarked on drilling the ‘Two–Seas Canal’ (1763), Michał Kazimierz Ogiński, the Grand Duke of Lithuania and the Voivode of Vilnius, in 1765 took the patronage over the construction of a 50-kilometre Telechany Canal (today known as the Oginski Canal) in the Polesie region. The role of ‘Great Brindley’ was played by one of the Grand Duke’s officials – Mateusz Butrymowicz. Up until 1788 he went on constructing the roads and causeways across the Polesie swamps, and in the marshy floodplains he created a farm of a very original agrarian and logistic structure. He distinguished himself as a very active member of parliament vouching for economic and financial reforms as well as for the construction of transportation infrastructure. Due to the subsequent wars and the fall of the Republic of Both Nations (the Polish–Lithuanian Commonwealth) at the turn of the 18th and 19th century, the traces of his material activity have been  wasted. This article presents results of research and the hypotheses concerning the form, location, methods and technologies used in his constructions. 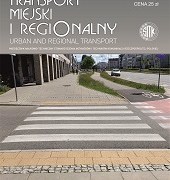 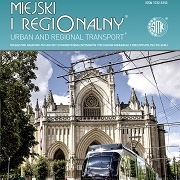